More or less true vignettes from the lives of E.L. and S.A., of boys prepared to impress. 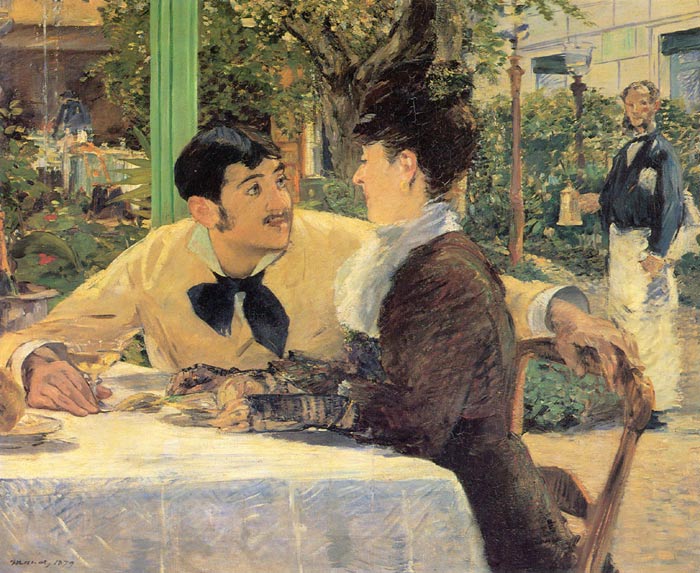 More or less true vignettes from the lives of E.L. and S.A.

Waiting for your drinks in a crowded café, the man next to you pulls a dog-eared copy of High Fidelity from his pocket, angling the cover toward you. You wonder if his bad haircut is a self-conscious attempt to emulate John Cusack, or is simply a happy coincidence.

He – stocking cap, linen pants, bemused smile – approaches the table where you are preparing for class with a volume of Kant only to say that he, too, once read continental philosophy before he discovered the true “embodied philosophy” of yoga. From now on, you read all books in public with the spine flat on the table.

On your first date he asks you what kind of soul you think you have. He’s a romantic soul, he says. A lover, like Jim Morrison.

He uses a $1 bill as a bookmark in his copy of Infinite Jest. This he keeps casually on his nightstand, though you’ve never seen the bookmark move.

Your seatmate on a flight to L.A. watches The Seventh Seal on his laptop. He makes a production of turning the subtitles off.

Before you have sex he tells you what all his tattoos mean.

A barista once told you that he decided to get a masters degree in Medieval literature because it “shares a lot of resonances” with Men’s Rights literature. You don’t tell him what motivated your graduate degree.

He finds your taste in music really impressive.

His okcupid profile begins with two quotes, one by Adrianne Riche and one by Ernest Hemingway.

Your neighbor invites you to a party that he calls a “salon” where you play surrealist party games. He tells you how much it would mean to him if you read Death in Venice. The copy he gives you is the one he borrowed from you months ago.

What a shame it is, he says wistfully, that he wasn’t raised more like Thomas Jefferson, who could read and write Latin by age 10. What he couldn’t have done with an eighteenth century education.

He says he wants to write a novel about the Human Condition.

You discover years later that all those profound aphorisms he used to write in your notebook were actually just unattributed Weezer lyrics.