So this is less a dance break and more of a…give-yourself-a-moment-to-breathe-maybe-unplug-maybe-catnap break. But I think we could all do with a little bit of it.

This is my ultimate summer vibe: friends, dance, Chance the Rapper. What more could you want?

SydThaKyd’s silky voice was made for choreo duets. Here, hip hop dancers put an intimate spin on the seductive lyrics of “Special Affair” by The Internet. Sit back, relax, take it in.

Two of my favorite things of the moment: Royal Family/Request Crew’s luscious grooves, and J.Bieb’s reformed vibes. Together as one.

This dreamy, haunting music video by Nao is a beautiful meditation on eternity. And it’s definitely not that one Taylor Swift song.

The Internet is my number one driving-around-in-the-gloaming music. Syd tha Kyd didn’t disappoint this time, either. Get ready to enjoy some dreaminess.

Like Taylor Swift’s “Bad Blood,” Madonna’s video features a slew of famous friends. Aaaand like “Bad Blood,” the song itself is kind of beyond the point. Personally, I think Madonna automatically wins because her video includes the following things:

4) A bunch of sock puppets. One of them has pizza in its mouth.

S.A. brings us sounds for sleep–just what we needed for this busy time of the year. There’s Cajun and British folk songs, American ballads and gospel jubilations. Plenty to curl up with. Happy Saturday night. 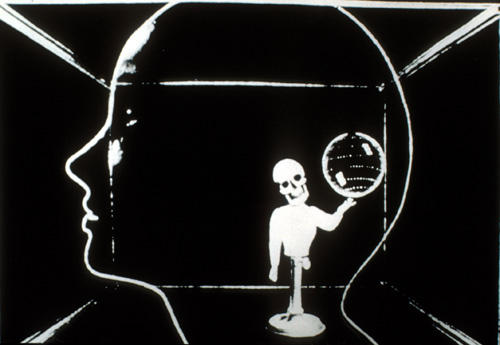 A few years ago, I learned the name of something I’ve experienced my whole life. The irresistible warm tingling on the back of my head and around my ears that I get, rarely, from an older woman speaking softly—in middle school, my friend’s mom describing her teaching job, a waitress explaining the specials at my high school haunt, one of my many post-college female bosses describing spreadsheets. It has a name, which Andrea Seigel describes with very relatable awe on This American Life: “autonomous sensory meridian response,” nonsexual euphoria. Existing, without question, anecdotally, ASMR lacks real scientific substance. It’s a pleasure connection that we’ve yet to codify. There’s a reassuring connection, I think, between the group of people who feel this and listeners. Call it disparate communities, alone together, and think of how hard it is to describe why sound makes you feel things. Not silly—important, and this is a mix to prove it.

Sonic softness, warmth and light and jingling bells, is oft-sought and under-actuated in folk music. It’s easy for a sound to become burdened by its progenitor’s emotionality, and if there’s anything I hate it’s a sappy folk song. These sleep sounds, culled from American and some Caribbean recordings from the late 1920s up through the late 1960s, have this “unbearable lightness.” Autoharp and ukulele and lots of a capella—Zora Neale Hurston play-singing “Bama Bama” during her ethnographic trip to Haiti in 1937, take note!—fall in and out of each other, a patchwork for rest.
In lots of ways, they’re strange together. The Pinder Family has Bahamian folk hero Joseph Spence, whose verse acrobatics entered the American pantheon by way of an American tour in 1978 and a slew of covers by the likes of Ry Cooder and the Grateful Dead. “The Genial Hawaiians” were borne of the Hawaiian culture craze that came into its own just around 30 years after Queen Lili’uokalani was forced to abdicate her throne in the face of American colonial invasion. There’s still no official agreement—no science!—on what exactly to call the instrument that Washington Phillips made to accompany himself in the sixteen extant recordings he made for Columbia Records between 1927 and 1929. And Alan Lomax sent Blind Willie Johnson’s “Dark Was the Night, Cold Was the Ground” in a capsule into outer space so that aliens might know what the world is capable of. There’s Cajun and British folk songs, American ballads and gospel jubilations. Plenty to curl up with. Happy Saturday night.

Special thanks to the preservers of many of these songs: Dust-to-Digital, Joe Bussard, the Association for Cultural Equity, Chris King. Songs may not have a science, but they always come from somewhere. These archivists, collectors, and re-issuers are committed to preserving the memory of these artists.