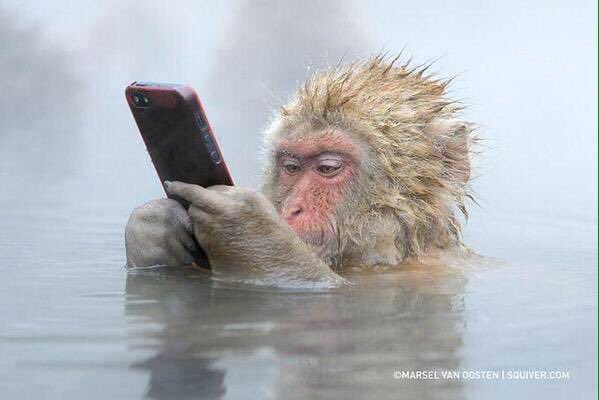 Editor’s Note: Did y’all hear we were mentioned on my favorite podcast, “The Read”? Check it out if you haven’t yet, Kid Fury and Crissle are hilarious and whip-smart. Now read on for some linky-spamspam! END_OF_DOCUMENT_TOKEN_TO_BE_REPLACED

I tend to avoid talking/thinking about Donald Trump because

a) his popularity is terrifying and inexplicable to me AND
b) I am afraid of summoning him by invoking his name.

Buuut this #AskTrump hashtag is too good to ignore. Here are some of our favorites.

END_OF_DOCUMENT_TOKEN_TO_BE_REPLACED

Announcing Acro Collective’s first-ever giveaway, in celebration of our first major follower milestone. Thanks so much to everyone who has read and supported the blog so far! New readers, welcome!

Announcing Acro Collective’s first-ever giveaway, in celebration of our first major follower milestone. Thanks so much to everyone who has read and supported the blog so far! New readers, welcome!
END_OF_DOCUMENT_TOKEN_TO_BE_REPLACED

Last week, Tim Hunt surely earned himself a lot of love letters by claiming that women in the lab are distracting—you know, always falling in love with him (I’M SO SURE, TIM HUNT), crying, and other female shit.

(Incidentally, this sparked one of my favorite twitter hashtags of all time, #distractinglysexy, in which women in STEM documented how hard it is to hold tissues and test tubes at the same time! How conveniently a hazmat suit hides tear tracks! Etc. )

Tim Hunt’s sexist remarks were infuriating not only on their own merit (or lack thereof), but also because they make me fear that for every lumberingly blatant misogynist speech, there are a hundred Tim Hunts not voicing their misogyny—only thinking it. It was striking in the way he kept claiming he was just “being honest,” and shouldn’t have said those things in a room full of journalists, as if his real mistake was revealing the depths of misogyny in the sciences, not the misogyny itself.

This incident, and the responses to it, are yet another reminder of the way in which women who work in fields dominated by cis-hetero men (ie. most professional fields) must grapple with the policing (and self-policing) of their beauty. It’s no secret that women, whether walking into a grocery store, a first internship interview, or into their own corner office, deal with an overload of information on how to self-present—as competent, as low-key, as anything but #distractinglysexy. How much makeup can one wear in a lab? A boardroom? When does that extra swipe of eyeliner push you from “intriguing” to “overdone”? Like women’s bodies, women’s faces are a battleground where the war over modesty and “appropriateness” is waged.

Thinking about makeup and the performance of appropriate womanhood brings to mind Caitlyn Jenner looking into the mirror at her Vanity Fair cover shoot. Caitlyn Jenner marks a watershed moment in American thinking about gender presentation—as she went from Bruce Jenner, an emblem of masculinity in the Cold War Olympics, to channeling the immediately “legible” femininity of Marilyn Monroe and other screen sirens.

Her revelation to the American public was, of course, not going to be complete without a ‘glam squad’ supplied by a magazine in the business of selling femininity. In the write-up above, Vanity Fair lovingly details the individual products used on Jenner, and quotes makeup artist Mark Carrasquillo in saying,  “‘I didn’t want her to look like a man in a dress. I wanted her to look like a beautiful 65-year-old woman,’ said Carrasquillo—and that is exactly what he achieved.” There is, of course, nothing wrong with Caitlyn Jenner wanting to look like what she considers her most beautiful self. But the discourse surrounding Jenner focused on a very particular image of womanhood, which uses makeup to emphasize the person’s traditional and hetero-acceptable femininity. It thus erased trans-women (and cis-women) who either can’t or don’t want to conform to this image.

From high-school hallways to corporate offices, women walk a thin line between “successfully” inhabiting a beauty standard and stepping outside of it. The margin can be as thin as the missing half-inch of fabric on shorts that get high-school girls sent home. It’s not just about wearing makeup versus going bare-faced, but the ways in which powders, creams, and pigments play back into age-old virgin/whore dichotomies. In these cases, the onus is on women to use their purchasing power to present themselves as willing and able to adapt themselves to “appropriateness.” Sometimes they lack that purchasing power. Let’s not forget that looking “right” for the context is a class-based and racial issue as well, more often than not. To take a prominent example opposed to the more demure examples of Taylor Swift and even Beyonce, Nicki Minaj’s alter ego Roman and her “Barbie” phase were both memorable for their very intentional use of makeup as message. By wielding strikingly artificial pink hair, green eyeshadow, and lacquered lipgloss, Minaj reminded us of the extent to which femininity (especially femininity that dared to be loud, deep-voiced, and not particularly “feminine”) is a performance that others will try to police. This makeup made some people uncomfortable. That, like Nicki’s monster-rap voice, was part of the point. There was nothing “natural” about it.

This is not to erase the agency of women who use makeup or choose not to, but to prompt a more thoughtful consideration of the ways in which women are pressured toward the “right kind” of beauty construction. Makeup and the performance of beauty are complicated issues. No amount of misogyny and policing can fully erase the pleasure, for those who love it, of tracing one’s lips with a beautiful, velvety lipstick. These instances remind us that makeup and self-presentation serve purposes beyond “prettiness” as it’s traditionally defined.

And makeup can be a weapon. I wear thick black eyeliner all the way around my eyes these days. This veers just beyond the kind of eyeliner that is conventionally considered “attractive” or appropriate for daytime—except for those who see my eyeliner as an invitation to comment on my “exotic” looks. As a young Chinese-American woman alone in a new city, with a soft-spoken voice and a manner that can come across as naïve and trusting, this eyeliner is my daily ritual of preparation. At least, while others might see me as a quiet, malleable person tapping away silently at a laptop all day, I can look back at them with assassin eyes.

Here’s some of what we collected this week: